Foundation has been committed to tackling the greatest inequities

For over 20 years, the Bill & Melinda Gates Foundation has been committed to tackling the greatest inequities in our world. These causes have included producing vaccines and reforms for a better world.

The foundation has such a beautiful story, starting from 1994 when it started to support scientific research, global health, and local philanthropic efforts.

According to the Bill & Melinda Gates Foundation website, the ex-couple donated more than $36 billion of their own wealth to it from 1994 to 2018. Furthermore, Warren Buffett, who in 2006 made a lifetime pledge worth more than $30 billion to the foundation. The ex-couple also encourages other rich people to donate the majority of their wealth to good causes.

Last efforts from Bill & Melinda Gates Foundation were made in 2021 when a $2.1 billion commitment to igniting progress on gender equality was made. Before that, in 2020, a foundation committed $1.75 billion to accelerate the development and equitable distribution of COVID-19 tests, treatments, and vaccines.

It is nice to see that such organizations help people. Although in this article we will not go into detail about what they did during their work, you can see these details on their page at this link.

What saddened me a lot was the news that Bill and Melinda Gates were divorced in August 2021. You may be wondering how this will affect their foundation. Well, they made a plan for this.

What we know is that they agreed if after two years either of them decides that they can’t work with each other, Melinda will resign as co-chair and trustee of the Bill & Melinda Gates Foundation. In that case, Melinda will receive personal resources from Bill for her philanthropic work which is separate from the foundation. It seems that nothing will be able to stop the philanthropic work for both of them.

Now that we know the foundation is doing some wonderful things and obviously has its future no matter what, let’s see how it does financially. In the last Bill & Melinda Gates Foundation’s Portfolio in 2021 we will take look at the biggest holdings that this fund has.

In the table below you can see the 5 largest holdings of the Bill & Melinda Gates Foundation’s Portfolio.

No wonder given the strength of the friendship they have. Bill Gates said that on a speed dial on his cell phone he has Melinda (before there got divorced) and Warren. Gates served on the Board of Directors of Berkshire Hathaway until March 2020 and they both signed a pledge to give away a portion of their wealth to philanthropic causes.

Waste Management is the second-largest holding in the Foundation’s portfolio. The Foundation owns over 18.6 million shares with a market value of $2.6 billion.

Waste Management is North America’s leading provider of integrated environmental solutions. They partner with customers and communities to manage and reduce waste from collection to disposal while recovering valuable resources and creating clean, renewable energy. It has more than 20 million customers.

Caterpillar is the third-largest holding in the Foundation’s portfolio. The Foundation owns over 10 million shares of Caterpillar, with a market value of more than $2.2 billion as of June 30, 2021.

Caterpillar is a manufacturer of heavy equipment used for mining, agriculture, and energy. Caterpillar has a current market capitalization of more than $110.56 billion and a price to earnings ratio of 25

The fourth-largest holding is the Canadian National Railway Company with 13,9 million shares valued at $1.46 billion as of June 30, 2021.

Canadian National Railway Company is operating in both Canada and the United States providing integrated transportation. The Company transports various products. For example, grain and forest products, coal, metals, and fertilizers, and others. It has a current market cap of $95 billion and trades at a PE of 25.

Walmart is the fifth-largest holding in the Foundation’s portfolio, with 7.6 million shares at a market value of $1.07 billion.

The company is a U.S.-based multinational retail corporation that operates as a chain of discount department stores and a chain of warehouse stores. Walmart is known for being the largest company in the world by revenue. It is also the world’s largest private employer with approximately 2.2 million employees. The company has over 11,500 locations across the globe.

It has increased revenue, profit, and earnings per share (EPS) steadily for the past 20-plus years. At the end of its latest fiscal year, the company had almost $18 billion of cash. Over the next five years, Walmart is expected to grow earnings at an average annual rate of more than 5%.

In terms of online retail competition, which is growing stronger, Walmart stands out with its low prices and the experience it offers to customers. The company continuously invests in technology. 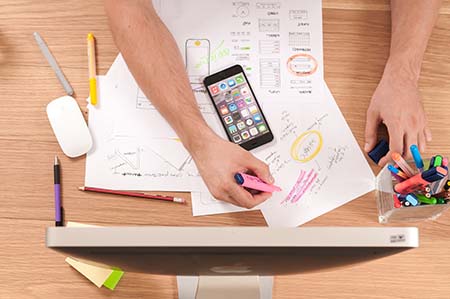 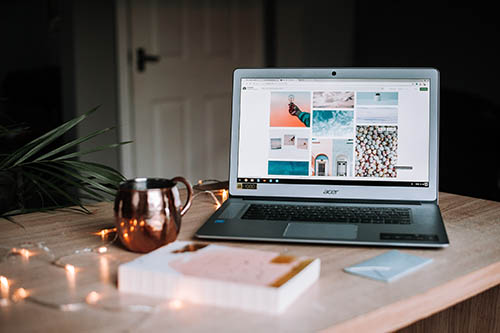