He is the former president of Duquesne Capital, which he founded in 1981. Duquesne Capital had over $12 billion in assets when Stanley decided to close the fund in 2010. Duquesne Family Office is an investment management firm, founded in 2010. As of 2021, the firm reported $3,887B in managed securities.

Regulatory filings (13F) show that Duquesne Capital owned 994,289 shares in the company at the end of the third quarter of 2021 worth over $17 million, representing 0.56% of the portfolio.

In fourth place came Microsoft that dropped from first place. This quarter Stanley sold 730 thousand shares of Microsoft making it the fourth quarter in a row that he sells this stock. The shares were sold at prices between ~$271.6 and ~$305.2.

Starbucks is now in fifth place. After 5 continuous buying quarters, Stanley began selling Starbucks stock this quarter for a price between ~$110.3 and ~$126.1.

Palo Alto Network climbed to sixth place in the Stanley Druckenmiller portfolio. Although Stanley sold 12,000 shares, the stock has been growing steadily during Q3 2021, and is still growing today. The price at which he sold was between ~$316.9 and ~$396.9.

He is the former president of Duquesne Capital, which he founded in 1981. Duquesne Capital had over $12 billion in assets when Stanley decided to close the fund in 2010.

Duquesne Family Office is an investment management firm, founded in 2011. As of June 2021, the firm reported $3,5B in managed securities.

Some say that Druckenmiller may be the greatest moneymaking machine in history. He has Jim Roger’s analytical ability, George Soros’s trading ability.

Not to lengthen, let’s start with a Stanley Druckenmiller portfolio analysis in which we will analyze Stan’s top 5 holdings and recent changes in those holdings.

The largest five stakes are Microsoft, Amazon, Starbucks, Alphabet, Freeport-McMoRan. They add up to 40.66% of the portfolio. Alphabet found its way on the top five while T-Mobile US went out in the last quarter.

The Largest Holding is Still Microsoft

This company holds almost 16% of the entire Stanley Druckenmiller portfolio. The company has 2.6 million shares and is worth $587 million. The position in Microsoft was built mainly in 2018 and 2019 – when he bought shares almost every quarter. After those years, Stan mostly started reducing stake size. Additionally, in the last quarter, he further decreased his position selling 621.000 shares at price between ~$239 and ~$271.

Starbucks is on Third Place

Starbucks Corp is a large third position that makes 7.2% of the whole portfolio. Stanley currently holds 2.31 million shares with a value of $257 million as of June 30, 2021. The stake was built in over the last five quarters at price between ~$63 and ~$118. There is not much more to say. Look like Stan is building this stake up.

Although this stock was always on Druckenmiller’s watchlist, there have been no major purchases and sales until the last quarter. The brief history of this share was that Stanley sold most of the stake he had in Alphabet during 2020 to renew his position in the last quarter by buying ~60 thousand shares at price between ~$2130 and ~$2450. 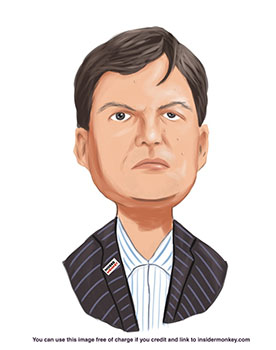 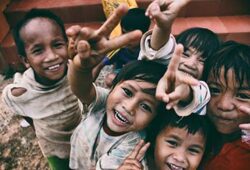