If you have been following inflation in recent months then you could see it getting stronger. Just like Burry said it would be in his tweets. INTERESTINGLY, Michael Burry calls out Fed’s inflation rates in his tweet and called them “a liar”. You will see later in the article why he did it and what he meant by it.

When people talk about inflation they often refer to Consumer Price Index (CPI). Which is a measure that examines the weighted average of prices of consumer goods and services. For example, food, beverages, transportation. You can calculate it by taking price changes for each item in a basket of goods and average them. Divide the cost of the market basket in year t by the cost of the same market basket in the base year.

To track inflation, one has to look at how does that index changes over time. On the graph below you can see inflation in the last 10 years. Simply put, when goods get more expensive it is called inflation, if they get cheaper it is called deflation.

However, you can also look at core inflation which excludes food and energy prices. Why would you want to do that? Because these groups are often quite volatile and prices go up and down in short times. As you can see on the graph below, core inflation (in red) has a more stable line.

Now that you know those two terms, you’ll be able to better understand what Michael Burry meant when he calls out FED’s inflation rates.

Recently, dr. Burry called out FED on Twitter that they very carefully chose the figures with which they calculated and displayed inflation. All with the purpose of showing inflation close to two percent, which is the FED’s long-term inflation target. The tweet he posted you can see below.

In the same tweet, he showed a paragraph from Wall Street Journal article.

Moreover, Burry refers to inflation obtained by calculating by removing the upper 16% and lower 16% of categories, referred to as the Dallas FED Trimmed Mean Inflation rate. When this way of calculating inflation is taken into account, inflation hits almost 3% in July 2021.

On the graph below you can see these two inflation rates and compare them. The inflation rate from Cleveland is much higher as Burry noted.

The Fed, on the one hand, uses the categories that best illustrate their monetary policy, thus showing inflation measured by these metrics, and they have made this clear to the public.

On the other hand, Burry’s argument is quite noticeable and clear.

The question is to what extent such things can be set up. I think the future will best show inflation and by closely monitoring both of these inflation rates, we will see who was right.

Analysis of Bank of America in 2021 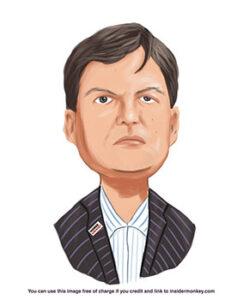